Saint Ursula and her companions

Saint Ursula was born in Great Britain of Christian parents; her father, Maurus, was king of Cornubia in Scotland. Ursula was sought in marriage by a young pagan prince, but had already vowed her life and her heart to Jesus Christ.

In the year 383 she was boarded onto a boat with a large number of young girls and Christian women whom a Roman conqueror wished to give as wives to his soldiers, after having endowed them with rich terrains. But during the crossing of the Channel a storm arose, and the ships, instead of reaching western Gaul, were driven towards the mouth of the Rhine. The Huns who at that time were ravaging Europe saw the ships, and were making ready to pillage them and inflict on these virgins and women a dishonor more dreaded by them than death. Commanded by Ursula, they resisted heroically and so well that suddenly the sentiments of the barbarians changed. They took up their arms to be rid of this peaceful army. Soon the victims fell under the blows of the executioners, and their souls winged their way to heaven.

The prince of the Huns, struck by Ursula’s beauty, spared her at first; he tried to console her for the death of her companions and promised to marry her. When she did not assent he shot her with an arrow, and this consecrated virgin fell with the others. She was considered the leader of the eleven thousand brought by the Romans from Great Britain. Many churches have relics of this army of martyrs, but no region is more richly endowed than that of Cologne, since it is to that city that the Christians of the region devotedly carried the mortal remains of the martyrs.

In the seventh century a magnificent church rose over their tomb, whose walls itself served as reliquaries. This holy cemetery has been rendered illustrious by many miracles. Pilgrims and especially young girls have come from all over Europe, to beg protection for their virginity from Saint Ursula and her companions. The very arrow which pierced Saint Ursula is still conserved there. A religious, who had great devotion to these martyrs, had fallen dangerously ill; a virgin appeared to him and said: «I am one of the virgins whom you honor. To reward you for the eleven thousand Our Father’s you recited to honor us, you will have our assistance at the hour of death.» And soon the glorious troop came to escort his soul. Saint Ursula is the patron of young teachers, and many congregations of nuns, dedicated to education, bear her name. 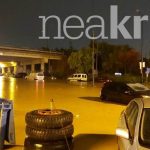 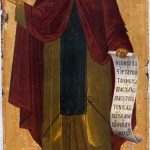